Tax credits may help with the high cost of raising children 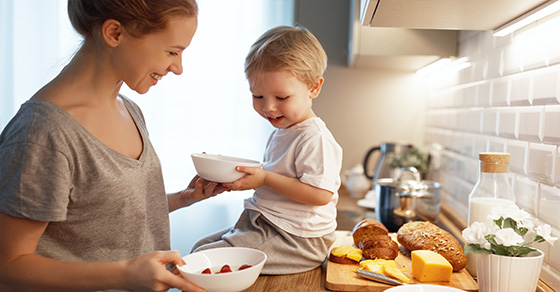 Changes made by the Tax Cuts and Jobs Act (TCJA) make the child tax credit more valuable and allow more taxpayers to be able to benefit from it. These changes apply through 2025.

Prior law: Before the TCJA kicked in for the 2018 tax year, the child tax credit was $1,000 per qualifying child. But it was reduced for married couples filing jointly by $50 for every $1,000 (or part of $1,000) by which their adjusted gross income (AGI) exceeded $110,000 ($75,000 for unmarried taxpayers). To the extent the $1,000-per-child credit exceeded a taxpayer’s tax liability, it resulted in a refund up to 15% of earned income (wages or net self-employment income) above $3,000. For taxpayers with three or more qualifying children, the excess of the taxpayer’s Social Security taxes for the year over the taxpayer’s earned income credit for the year was refundable. In all cases, the refund was limited to $1,000 per qualifying child.

The TCJA also substantially increased the “phase-out” thresholds for the credit. Starting with the 2018 tax year, the total credit amount allowed to a married couple filing jointly is reduced by $50 for every $1,000 (or part of a $1,000) by which their AGI exceeds $400,000 (up from the prior threshold of $110,000). The threshold is $200,000 for other taxpayers. So, if you were previously prohibited from taking the credit because your AGI was too high, you may now be eligible to claim the credit.

In order to claim the credit for a qualifying child, you must include the child’s Social Security number (SSN) on your tax return. Under prior law, you could also use an individual taxpayer identification number (ITIN) or adoption taxpayer identification number (ATIN). If a qualifying child doesn’t have an SSN, you won’t be able to claim the $1,400 credit, but you can claim the $500 credit for that child using an ITIN or an ATIN. The SSN requirement doesn’t apply for non-qualifying-child dependents, but you must provide an ITIN or ATIN for each dependent for whom you’re claiming a $500 credit.

The changes made by the TCJA generally make these credits more valuable and more widely available to many parents.

If you have children and would like to determine if these tax credits can benefit you, please contact us or ask about them when we prepare your tax return.